Netherlands Grapples with How to Stay Atop in HE 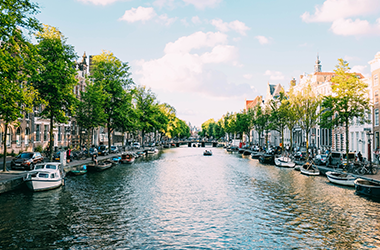 At a recent meeting with 12 public and private institutions in the north-east region of the Netherlands, one of the discussion points was how the country can stay ahead of the game in higher education and research. Wittenborg University of Applied Sciences was also at the meeting.

The discussion was led by representatives from the Ministry of Education, Culture and Science who presented their strategic agenda for higher education and research at the meeting held in Enschede. This follows a week after the ministry submitted draft legislation to parliament to limit the influx of foreign students as well as the number of English programmes in the Netherlands. At the meeting, Wittenborg was represented by its chair of the executive board, Peter Birdsall. Also in attendance were representatives from the Association of University of Applied Sciences (Vereniging Hogescholen).

While the Netherlands is currently sitting pretty in the knowledge eco-system, in the document it acknowledges that there are areas of concern. This includes the fact that a significant number of students are under stress and pressure to perform well. "The idea of lifelong learning aimed at employees and job-seekers doesn't seem to take root, lecturers are under a lot of work pressure, and due to an enormous growth in student numbers (including international students) the system is reaching its limits. At the same time, there are certain regions where student numbers are falling," the document reads.

"Strong positioning of Dutch higher education and research will be paramount to staying competitive in a changing international environment, including more investment in education by the US and Asian countries. The Netherlands want and will have to stay attractive to talented students and researchers, so as to keep its seat at the table of the world's top scientists. This will require more collaboration - countrywide as well as on a European level. We also prefer to maintain the Netherlands' world-class system instead of one or a few world-class universities."

The Netherlands has just been ranked 4th in terms of the number of universities in the Top 200 of the 2020 Times Higher Education World University Rankings.