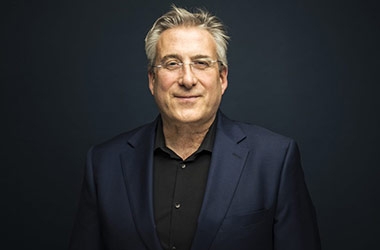 In late 2022, Wittenborg University of Applied Sciences’ President Peter Birdsall penned a letter to the Dutch Minister of Education, Culture and Science, Robbert Dijkgraaf. The letter was written after significant agitation within parliament to limit the influx of international students, with parliament reasoning that they are a strain on public resources and contribute to the housing crisis. In the letter, Birdsall lobbied for a nuanced policy toward international students, with specific regard to private institutions like Wittenborg which do not rely on public resources and can house their incoming students. Letters from those in the Dutch higher education sector such as Birdsall appeared to have prompted some reflection from Dijkgraaf, who penned a response which highlighted the importance of international students, yet still lamented a lack of resources. Recently, all public institutions have been told to stop active international recruitment, taking much of Wittenborg's direct competition off the international market.

The minister's letter stated that the cessation of recruitment is necessary to preserve the affordability and quality of the Dutch higher education system. Not too long ago, Dutch parliament received advice that institutions should teach in Dutch, raise fees and make themselves less attractive to students in order to curb international intake. Dijkgraaf's latest letter implored public institutions to operate around a framework which centres on a ‘complete halt’ to international recruitment, save for limited spaces within specific programmes to combat personnel shortages in the healthcare, science and education sectors. Institutions are also expected to aid in postgraduate employment for struggling sectors. In an interview with The PIE News, Birdsall laments the difficult position of the Education Minister. “The letter shows that the minister is under great pressure from various sections of the parliament to act, even though we are quite convinced he understands the importance of international students for Dutch higher education and the economy,” said Wittenborg's President.

For private, English-language institutions such as Wittenborg, internationalisation is an economic model which has allowed the school to grow to around 1,200 students from more than 100 countries, using strategic planning to ensure incoming students receive housing. Recently, the school unveiled a 75-room, sustainable student housing complex, increasing Wittenborg's housing capacity to over 150 students. The complex was built without public funding; as a private institution, the school is able to independently invest in its responsible growth. Birdsall reflected in his 2022 letter that housing new students is an ethical imperative for higher learning institutions. In contrast, many other institutions had to inform internationals not to travel to the country if they had not secured their own housing, as these institutions themselves are incapable of providing accommodation. Birdsall's letter indicates that there must be more accountability on the part of institutions who recruit irresponsibly without securing housing in the future, rather than any one-size-fits-all policy for higher education, public or private. “We would like to point out that our motto is If you can’t house them, then don’t recruit them,” Birdsall wrote.

Furthermore, he cautioned against self-sabotage among Dutch institutions, saying that anti-international sentiment constituted negative marketing, and contradicts Dutch values of liberalism and international collaboration to grow and secure more markets. Birdsall affirmed his belief that the internationalisation of higher education increases the quality of education and the Netherlands standing in the world. Wittenborg, being an Erasmus+ partner, views internationalism as a way of improving and standardising education. The letter made further suggestions that students should be categorised based on who does and who, like Wittenborg's student body, does not use public resources.