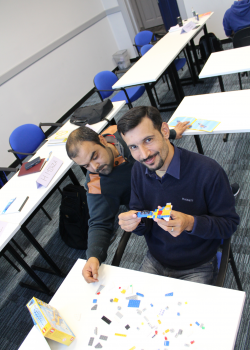 After a 5-year decline, business schools around the world have recorded "double digit" growth in the number of applications to and enrolments on MBA programmes, Times Higher Education (THE) has reported.

This is based on a study done by the Association of MBAs (AMBA) - a leading authority on postgraduate business education. Wittenborg University of Applied Sciences was recently granted membership of AMBA.

The findings are based on a survey of 223 AMBA-accredited business schools around the world.

Meanwhile, Wittenborg also showed considerable growth in the number of enrolments for its MBA programmes. According to student registrar, Santosh Aryal, enrolments more than doubled between 2016 and 2017 with more growth expected by the end of 2018.

AMBA research and insights manager, Will Dawes, told THE that business schools have previously suffered from the "period of considerable global economic uncertainty" but the recent growth reflected their "ability to innovate" and "adapt to the market".