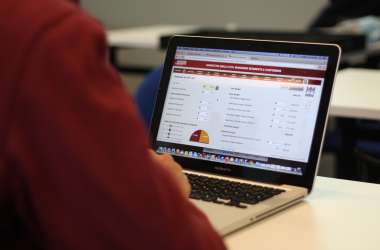 The Netherlands reigns supreme in Europe when it comes to internet access at home, the Dutch Central Bureau for Statistics (CBS) revealed this weekend.

In terms of high-speed broadband connectivity, the Netherlands is in the lead as well. The figures are based on an analysis of Eurostat figures by the CBS. All 28 countries in the EU were ranked.

In addition, the Netherlands and Sweden came out top in terms of internet use on mobile devices (87%), whether at home or work, with the Dutch making the most rapid progress the past 5 years. “On average, 65% of the EU population aged 16 - 74 used the internet on their mobile devices. The use has grown rapidly in the Netherlands - in 2012, only 55% of the Dutch were mobile internet users. That year 70% of the Swedish population used mobile internet on their devices when not at home or at work,” a statement by the CBS read.

A total of 84% of Dutch and Swedes used a smartphone outside their home or work. This made them the pioneers in the EU, where the average share of smartphone users was 63%. Laptops, notebooks and tablets were used by 54% of the Dutch population last year, 7% higher than Sweden.