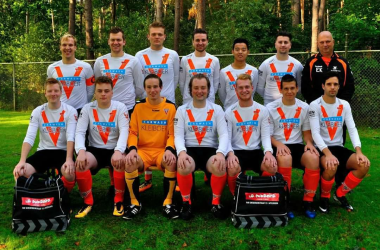 South Korean student, Junyeong Shin, played for professional football teams in France and Germany, including the u17 team of the successful French club, Lyon, before enrolling for an IBA in Sport Business Management at Wittenborg University of Applied Sciences, in September of last year.

On arrival in Apeldoorn, he promptly joined a local football club, Victoria Boys, because he has not lost his love for the game, even though his interest has now shifted to studying sport management and making a career of it.  Is he the best player there? "Ha! No, the Dutch guys are too tall."

About his future plans, he says: “I want to work in a big city like Hong Kong or maybe in Germany.” His family lived many years in Frankfurt, because of his father’s job, and he speaks Korean, English, German and now even Spanish. 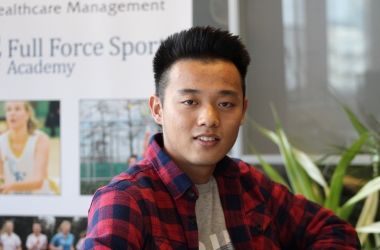 “One of the reasons I chose Wittenborg is because the programmes are in English and I definitely see the language as an advantage for an international career. I love that the programme gives you a broad understanding of business at the start of your studies, before becoming more specialised.”

As far as living in the Netherlands is concerned, he is very happy. “Dutch people are kind and most of them speak English. In France and even Germany that can be a problem. I made many new friends here and had no problem calling up the football club and going there to ask if I could train with them.”