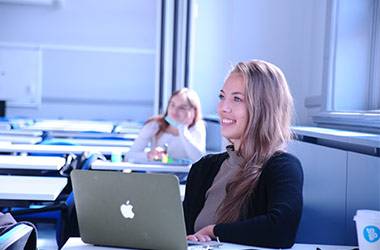 An Australian study has found that teaching students in "blocks" - as at Wittenborg University of Applied Sciences since 2006 - improves students' results significantly. The study was done at Victoria University and came out a few months ago. The method involves teaching units sequentially in blocks of several weeks instead of delivering multiple subjects simultaneously in semesters.

According to a report in the weekly Times Higher Education (THE) undergraduates' results improved by an entire grade, transforming credits into distinctions. The benefits were strongest for subgroups at risk of performing poorly, including the economically disadvantaged and students with little prior education or modest results.

Wittenborg's chair of the executive board, Peter Birdsall, said the study results are "really good news. We designed our programmes according to the block teaching method in 2006 and it has been a tremendous success. All our master's programmes are also designed like that and this research proves that we are right."

The study found that business students also thrived in block mode, but while all groups performed better than under traditional teaching patterns, the advantages were less pronounced for arts and education students, while older and part-time students benefitted only about half as much as their younger and full-time peers.

According to the THE report, Victoria University introduced block teaching for all first-year undergraduates in 2018 as an experiment and is now extending it to other course levels. Research into the block mode found that it has been adopted at other institutions, typically small liberal art colleges, and Victoria is believed to be the first to analyse block teaching across a relatively large cohort.

It is not clear why business students in particular seem to flourish in the block environment, but the key is thought to lie in the intensity of the teaching.