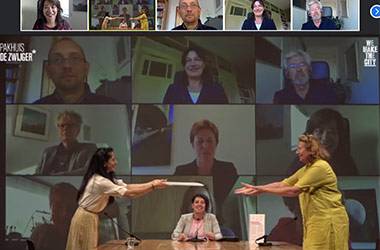 Wittenborg Pledges Commitment to Diversity along with Other Amsterdam Institutions

Amsterdam is one of the most diverse cities in the world. Nonetheless, according to the signees it has become "painfully obvious" from discussions the past few months that inequality is a reality in the education sector, the labour market, the art and culture world, the media and the political stage. "And it manifests itself in racism and discrimination against people of colour," the document reads.

"Despite the fact that diversity and inclusion are high on many institutions' agendas – many even have diversity officers – there is still much to do in terms of concrete action." The signees are convinced that if they start working together and sharing ideas, instead of operating as an island, more could be achieved.

With the Education Agreement, the institutions seek to commit themselves to concrete, measurable goals to fight the lack of equal opportunity and prioritise representativity and inclusion.

The 5 goals the agreement commits itself to are: