Netherlands so Much More to Offer than "Tulips and Windmills"

Netherlands so Much More to Offer than "Tulips and Windmills" 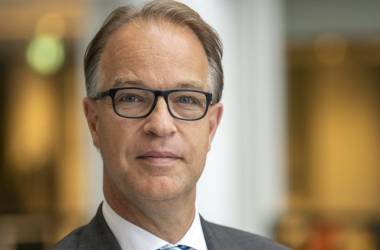 Potman bemoaned the fact that relatively few Dutch students seek an international education. "It is a baffling paradox: We cross the world for holidays in far-flung countries, but when it comes to studying we prefer to stay in the Netherlands."

To intensify cooperation between the education and the international business sector, many institutions are increasingly taking part in trade missions abroad. "This is a recent phenomenon," says Potman who has spent a big chunk of his career working in embassies and consulates around the world – from Shanghai to Washington DC.  "Knowledge institutions accompany trade missions to network and make sales. In this way they operate in a similar manner to the businesses that come along."

Higher education is also important for the value proposition of the Netherlands, Potman points out. "It's about more than just tulips and windmills. The Netherlands offers its partners a triple helix package: tailor-made business solutions, scientific support and a facilitating government."

He thinks that Nuffic NESOs (Netherlands Education Support Offices) have an important role to play in strengthening the country's value proposition. "Next to that, the Holland Alumni Network is also a valuable asset for Dutch businesses – especially in Asia. Alumni who studied in the Netherlands help in ensuring a 'soft landing' for Dutch companies in their home countries. It would be great if those ties can be kept intact."

Wittenborg University of Applied Sciences is one of the most international universities in the Netherlands, offering Dutch students an international experience in their own country by giving them the opportunity to study with many foreign students and being taught by an international, diverse faculty.