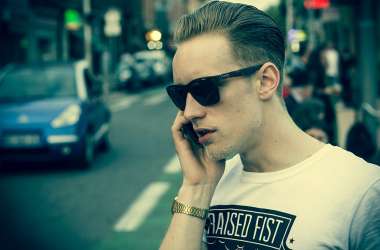 The Dutch Immigration and Naturalisation Service (IND) has warned international students against a new scam whereby they are called and either asked to provide private information like bank details. or threatened outright into transferring money. Even Wittenborg CEO, Maggie Feng, who is of Chinese origin, was targeted recently.

According to Wittenborg's chair of the executive board, Peter Birdsall, Feng received a call on a Saturday. "She was called by someone on her mobile phone who identified himself as someone from the Chinese embassy calling to tell her an important document was expiring and that she should provide him with information. Of course Maggie was immediately suspicious, as the embassy would never work like that. She eventually hung up," Birdsall said.

In its newsletter from 29 July, the IND warned that for some time now there have been indications of possible telephonic scams whereby foreigners (mostly of east Indian origin) are called and put under pressure or threatened to transfer money to avoid being kicked out of the country.

More recently, there have been indications of similar scams targeting Chinese students in the Netherlands. Apparently, they are contacted by people pretending to call from the Chinese embassy whereby they are asked to provide personal and bank details.

The IND has asked institutions to warn their students against this type of fraudulent practice. "Advise them to never divulge this kind of sensitive information." If students fall prey they or the school are advised to press charges with the police.