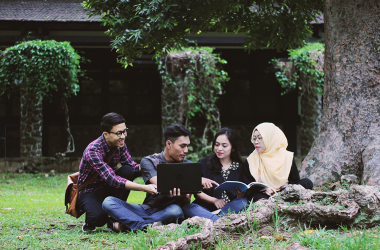 Foreign Students in UK Do Not "Steal" Jobs from Locals

A new study has shown that international students who stay in the UK contribute £3.2 billion to the British treasury in extra tax revenue over a period of 10 years. It also put paid to the misconception that non-British graduates take away jobs from local residents.

The research was done by the Higher Education Policy Institute (HEPI) and the consultancy London Economics. The director of HEPI, Nick Hillman, said: "Universities firmly believe the government’s biggest mistake in higher education has been to discourage international students from coming here. A hostile environment has been in place for nearly a decade. It is a testament to the strengths of our higher education sector that the number of international students has not fallen, but it is an absolute tragedy that we have been unable to keep up with the pace of growth in other countries."

The study also measures the impact of the Home Office limiting post-study work rights in 2012. This costs the Treasury £150 million each year in foregone receipts – that is, £750 million every five years or just over £1 billion since post-study work was first restricted in this way in 2012.

Additionally, their research shows the tax and National Insurance payments of just one cohort of international students who stay in the UK to work after their studies amount to £3.2 billion. This is made up of: