Not feeling climate change? Too vague? Too abstract?

Well, this is no longer the case for students from Wittenborg University of Applied Sciences who dove headlong into the subject for 3 days the past week as participants of the World Climate Simulation game – a role playing exercise which simulates UN climate change negotiations, putting students in the shoes of some world-class negotiators.

“This was the best Project Week we ever had!” enthused Algerian student, Romeissa Laib. “Students went from not being too concerned about environmental issues to really understanding what is at stake if we don’t act now to fight climate change.”

Wittenborg currently has students from about 80 different countries – which gives it a perfect mix to play the game. Participants took on the roles of delegates from different countries or regions and were charged with reaching an agreement to limit climate warming to no more than 2 degrees celsius. Each delegation offered policies to reduce its own greenhouse gas (GHG) emissions – how much, at what rate and how their efforts could be funded. In other words, they either pledged to support or request money from the Green Climate Fund, which was created to help developing countries cut their emissions and adapt to the impacts of climate change.

Students soon found themselves fiercely defending their corner of the world, leading to some hefty confrontations between some regional blocks – like China and Africa – particularly after south and central African students were made to sit on the ground during their discussions to drive home the message of rich countries vs poorly resourced countries like many of those in Africa.

Meanwhile, in the power-corridors of the US, the EU, China and Russia delegates were put under high pressure from other countries about their harmful environmental policies and reluctance to compromise on that.

The open debates were facilitated by Wittenborg’s chair of the executive board, Peter Birdsall, while lectures – some of who are passionate eco-warriors – made presentations, chipped in to help students with proposals or asked some tough questions.

Senior lecturer, Dr Saskia Harkema, for instance objected to countries being termed “developed and underdeveloped”, saying it harks back to colonial times. She also wanted to know how the US plans to reduce the effects of “two of Americans’ favourite past times – driving and flying”? US represents were quick to clap back however, saying cars only represent a fraction of total GHG emissions from the country.

MBA lecturer and climate change expert, Dr Geert de Haan, wanted to know from Middle-Eastern countries what they thought of oil-producing countries being slapped with a tax on oil.
“Not if you want to avoid the type of protests which are happening in France right now because of taxation,” Laib quick fired as one of the students representing the North-African and Middle Eastern block of countries.

Wittenborg is only the 3rd institute in the Netherlands to play the game, which was created by the Massachusetts Institute of Technology (MIT). The idea is to create awareness about the pressing issue of climate change among students and help them understand the dynamics at play on a world stage like the UN and the role that political power play in coming, or not coming, to agreements.

Birdsall said afterwards the project was “an enormous success”. “The idea was to get students to think – about politics, about sociology about what it means to work together towards one goal despite their differences in background and politics.” 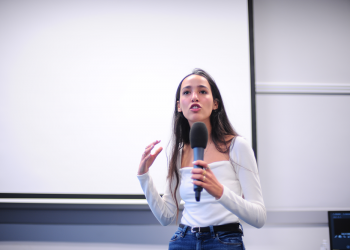 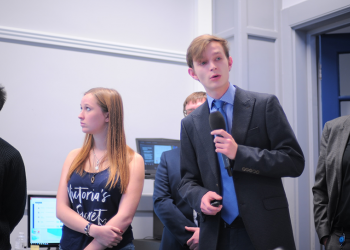 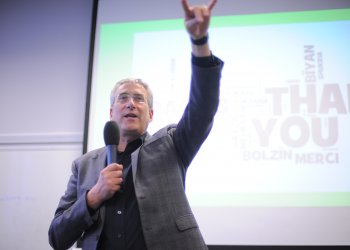 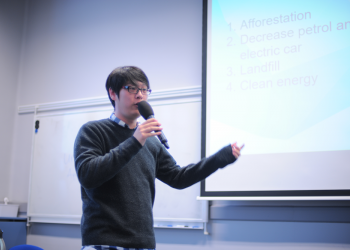