"Dutch Universities Do Well Because of their International Outlook"

Dutch universities have once again scored well in one of the most influential ranking lists in the world, the 2019 Times Higher Education World University Rankings - with 12 of its 13 universities in the top 200.

The top 10 is dominated by British and American universities with the University of Oxford and Cambridge taking top honours, followed by Stanford University in the US. 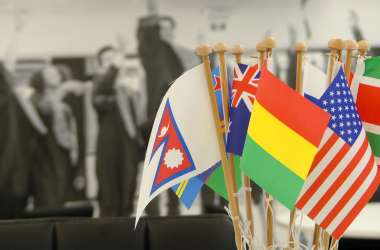 Nuffic, the Dutch agency promoting internationalisation in higher education, believes Dutch universities are doing well in rankings because of their international outlook. Institutions were scored along five themes, including how international its staff, students and collaboration efforts in terms of research are.

"The ability of a university to attract undergraduates, postgraduates and faculty from all over the planet is key to its success on the world stage.

"In the third international indicator (research collaboration), we calculate the proportion of a university’s total research journal publications that have at least one international co-author and reward higher volumes. This indicator is normalised to account for a university’s subject mix and uses the same five-year window as the “Citations: research influence” category," THE writes.