Better Yourself, Better Our World: Celebrating 35 Years of Wittenborg

Better Yourself, Better Our World: Celebrating 35 Years of Wittenborg 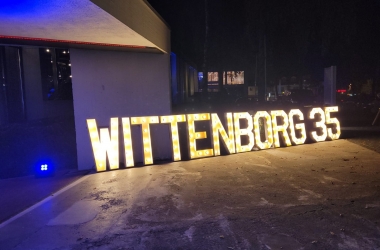 Three and a half decades of internationalisation, diversity and ethics

On Friday, 11 November, Wittenborg University of Applied Sciences held a gala to celebrate its 35th anniversary as a higher education institution. The 35th Anniversary Gala gave thanks for all the hard work put into creating what is now the most international business school in the Netherlands, in addition to recognising the success of this ever-expanding academic gem for the world of business education. Festivities were held at the Orpheus theatre in Apeldoorn, whose dedicated staff made sure the event went off without a hitch. The theatre was decorated with a red carpet for guests, and historic Wittenborg advertisements were on view throughout the venue. The main portion of the gala was hosted by young Wittenborg student Alexandra Kukhtina, and Marlon Birdsall, son of Wittenborg's President Peter Birdsall and CEO Maggie Feng.

The extensive guest list included Wittenborg partners, stakeholders, staff, students and long-time friends of the institution. Special guests included Deputy Mayor of the Municipality of Apeldoorn Mr Jeroen Joon, Head of the Department of Housing, Care and Welfare Mr Eddy Adusei, as well as Ambassador of Sri Lanka to the Netherlands, Her Excellency Mrs Aruni Ranaraja. Wittenborg thanks these esteemed guests for taking the time to join in on the night's fun and show support on behalf of the municipalities of Apeldoorn and Amsterdam and the Sri Lankan community. 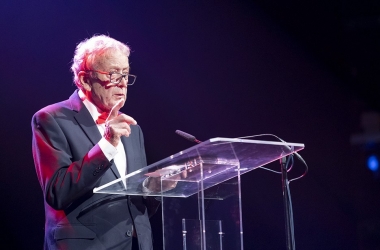 One key speaker for the night was Patrick Birdsall, father of Wittenborg President Peter Birdsall. In his address – taking place on Remembrance Day – the elder Birdsall read the poem ‘For the Fallen’ by Laurence Binyon to commemorate the lives lost during conflict. Birdsall wore his charity red poppy for the occasion, and poppies were handed out to guests during the evening. His address served as a juxtaposition between the happy evening taking place in Apeldoorn and the solemn reality of solders and war-stricken peoples across the world. The elder Birdsall was able to offer a sobering reminder of the past and present without dampening the mood of the evening – a testament to his talent and skill as an educator and performer.

Also in attendance were speakers Timothy S. Mescon and Pauline Verjeijen-Dop. Mescon is a decorated professional in the field of education and outgoing Executive Vice President and Chief Officer, Europe, the Middle East and Africa for the AACSB, who is handing over his role to outgoing Wittenborg Vice President Ronald Tuninga in December. Verheijen-Dop is Legal Director at PepsiCo for North-West Europe and daughter of late Wittenborg family member Jan Albert Dop (1945-2021), who played an integral role in shaping the success of Wittenborg as an international educational institution. Mescon and Verheijen-Dop's heartfelt speeches motivated all who heard their carefully chosen words on success, careers and remaining down to earth regardless of where one's life journey leads.

Peter Birdsall and Maggie Feng delivered a joint address on their own journey with Wittenborg. In particular, Feng's portion of the address highlighted that there are implicit advantages to being different – or even just dressing differently – in a highly homogenous environment. “Don't be afraid to stand out. You are a flower – everyone else who wants to blend in is just a leaf,” she said. With specific attention to women, she advocated remaining firm in one's self-regard and to “know your worth. Don't ever accept the lower standards of other people.” 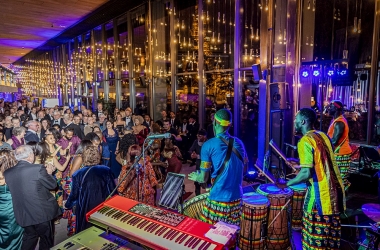 Entertainers of the night

The gala was privileged to have talented entertainers who kept the atmosphere lively throughout the event. Russel Abelwhite, a classically trained opera singer, sang as guests entered into the seating area. Meanwhile, caricaturist and magician, René van Hooren drew quick sketches for guests throughout the night. Doetmaes Irish Men's choir sang a round of classic ballads to welcome guests back into the party hall, and Soul Qualified, an Old & New Soul band performed nostalgic songs from decades past. In between Soul Qualified's sets, Oké Sène, an African drum group, got guests dancing to intense drum beats with multiple encores.

Each performer added something special to the evening. “This is really a massive success,” said Peter Birdsall during Soul Qualified's first set. “Things couldn't go better.” Wittenborg gives hearty thanks to the staff at Orpheus for all their hard work and professionalism throughout the night, and for the support given by student volunteers, interns and members of staff. Wittenborg extends its thanks to all Wittenborg family members who made this event possible.

We look forward to the many years of growth, success and internationalism ahead of us in Apeldoorn, Amsterdam and in the world of academia and business. 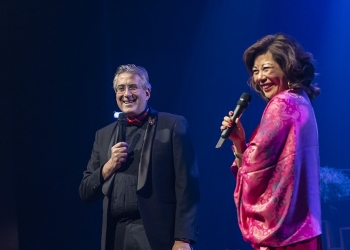 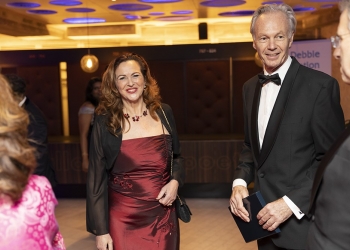 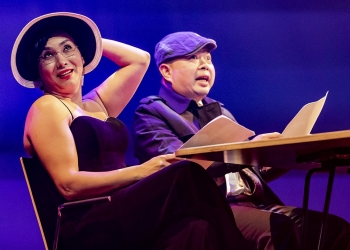 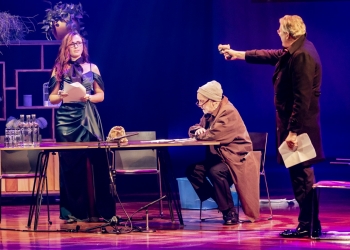 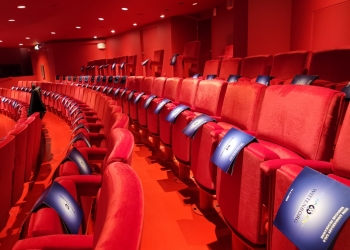 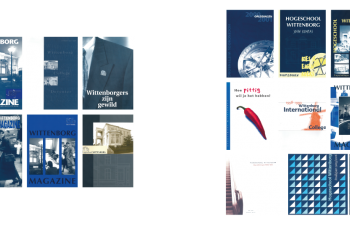