It's Ball Season in Vienna! Wittenborg Students at the Viennese Science Ball

It's Ball Season in Vienna! Wittenborg Students at the Viennese Science Ball 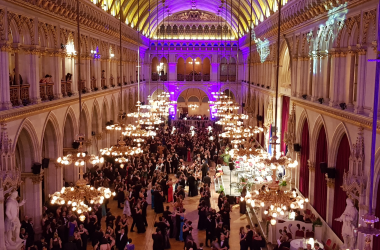 One of Wittenborg Vienna’s key success factors the past year has been its Project Weeks – an opportunity for international students to interact with real, local businesses and get work experience throughout the year.

Its latest Project Week this weekend was no exception: Hospitality Management students were asked to work at the 2018 Vienna Ball of Sciences, where the city’s science and research community gathered on Saturday evening.  And let’s not forget, Vienna is a city renowned for around 450 spectacular events during its annual ball season. 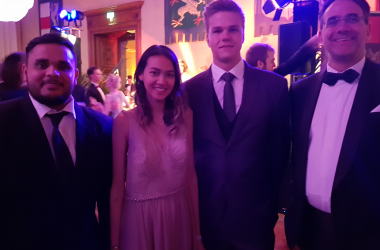 Wittenborg’s international sales director, Tim Birdsall who is based in Vienna, says: “We wanted to make sure the Vienna Project Weeks were something students could really write home about. That is why we were very happy that Wittenborg was asked to provide its students to work at the Science Ball.

“As a new addition to the ball season, the Science Ball promotes awareness of science, technology and education. But as with all such occasions, it's mainly about dressing up, dancing the foxtrot, eating sausages and cake and drinking Sekt!”

Protected by UNESCO as a significant cultural event, the Vienna Ball Season is an old and fascinating tradition. “Most large organisations like universities, political parties, the police department, doctors and different regions of the city all have their own ball,” Birdsall adds. “It's an opportunity to have a party, to see all the people associated with your professional peer group, and the proceeds usually go to charity. The only downside is the dancing lessons!”

In February, Wittenborg Vienna will be working with two more balls in February. The Ukrainian ball and the Diplomatic Academy ball. We plan to make this a fixed part of the Wittenborg calendar for the future.