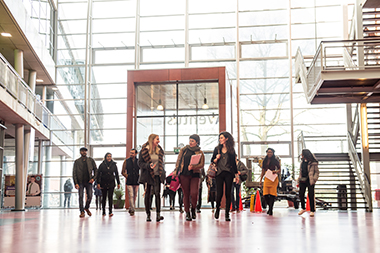 Dutch universities deliver high-quality education, a newly published fact-sheet by the Association of Universities in the Netherlands (VSNU) has shown.

It highlights the fact that the number of lecturers with a University Teaching Qualification (UTQ) has increased over recent years, student satisfaction rates are high, and the fact that the Dutch education system has a good reputation internationally.

Whereas the number of lecturers with a UTQ was 18% in 2010, it has risen to almost 60% by 2016. Last year Wittenborg University of Applied Sciences jointly started a Postgraduate Certificate in Teaching and Learning with the University of Brighton for all its academic staff. From this year it will be offered to external teaching staff from the Netherlands, Germany and Austria, although it will also be open to applicants from around the world, where practical.

Wittenborg scored even higher. Students gave it 8.34 on the quality of its teachers - their expertise, availability, quality of feedback and guidance, professionalism and command of the English language.