The Criminality of 'Ghost writing'

The Criminality of 'Ghost writing' 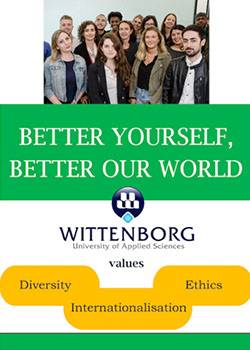 Wittenborg has commissioned a research into the prevalence of ghost writing among international students in the Netherlands and preliminary results are expected by the end of Quarter 1 next year.

Ghost writing or contract cheating, has been around for a long time, especially in the higher education domain. It is one of the many forms of academic misconduct/dishonesty in which students pay ‘ghostwriters' to complete their assignments for them. With the advent of the COVID-19 pandemic leading to more online exams replacing physical written examinations, the issue of contract cheating has seen an accelerating growth in many higher educational institutions.

Wittenborg has set up a task force to carry out research into the situation amongst international students in the Netherlands. As mentioned in its previous article the ‘Unethicalities of Plagiarism and Ghostwriting’, Wittenborg recognises that the issue of contract cheating (and other academic misconduct) is not just a criminal issue but, more importantly, it is an ethical issue. Stamping such activities out is not only important to maintaining the quality and standards of Wittenborg as a higher educational institution, but also to ensure that its business graduates are both knowledge competent and highly ethical. 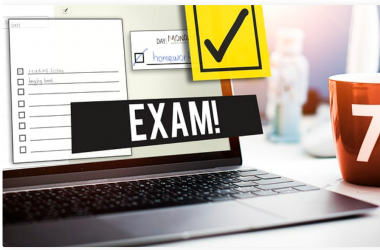 Draper & Newton (2017), in their research entitled ‘A legal approach to tackling contract cheating’, stated that this phenomenon potentially presents a serious threat to the quality and standards of higher education. Because of this, dealing with the issue using legal means has been suggested by many. England is set to make the move with its announcement that offering essay-writing services to students will become a criminal offence. In a BBC article of 6 October, “Essay mills: ‘Contract Cheating’ to be made illegal in England”, a government spokesman said that the move serves as a protection to students from being deceived by contract cheating services.
The term 'contract cheating' was first coined by Clarke and Lancaster (2006) and it refers to a situation when students engage a third party to write their assignments for them. This third party is not limited to essay writing services companies but may also include friends, family, other students, private tutors, and copyediting services among others. ‘Essay mills’ are companies which offer essay writing services to students and they are currently legal in the UK, but banned in the United States and New Zealand.

Many higher educational institutions mandated that submitting an essay written by someone else is considered as academic misconduct and students could face suspension or expulsion if caught. However, it is often difficult for these institutions to prove such offences. But would introducing laws to penalise the parties contract cheating solve the issue and reduce its occurrence or make it disappear totally? Will penalising the service providers stop students from committing the act of asking someone to do their work?  Why do students resort to ghostwriters in the first place? Some studies reveal that students resort to contract cheating due to the need to get high grades, stress, poor time management, inability to cope either with the level or the amount of coursework or mere laziness. There is definitely a demand for contract cheating services, and with demand, there will always be supply.

A Swansea University survey of more than 500,000 students from around the world, revealed that one in seven students admitted to paying someone else to do their work for them. The study was conducted by Prof. Phil Newton, director of learning and teaching at Swansea Medical School and he said that the findings underscore not only the need for governments to tackle essay mills legally, but also for higher educational institutions to improve the way students are assessed and to heighten the importance of academic integrity. He opined that there is a need to utilise assessment methods that promote learning and discourage students from resorting to contract cheating.