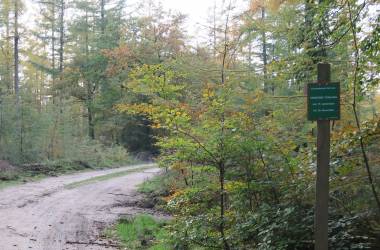 One of the biggest tourist attractions in Apeldoorn - the Dutch city where Wittenborg University of Applied Sciences has been located the past 21 years - is its direct connection to the Dutch Royal family. The Royals' summer residence, Het Loo Palace, is located in the area and although the actual palace is currently closed for renovations and the extensive grounds around it will only open again on 26 December, 2021, all of this is set to change next year.

Renovations on the palace are due to be finished in 2022 although a date has not been released. In the meantime, the beautiful palace gardens have remained open to the public. The Het Loo Crown Estate, though, is a different story. 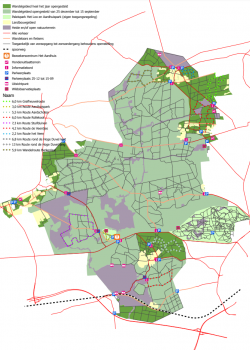 Consisting of 10,500 hectares, it is the largest crown estate in the Netherlands and is situated on the Veluwe heathlands to the west of Apeldoorn. The estate consists of the Palace Park and the Royal Forest, which features several hiking routes. Its centuries-old connection to the Dutch Royal House of Oranje-Nassau has resulted in a rich cultural history and unique natural beauty.

Usually a large part of the estate is closed from 15 September to 25 December but recently the royal family has come under pressure to open it almost year round.  The official version is that the long closure is done to give rest to some of the animals around the estate during breeding season, but also to control their numbers. Several Dutch media outlets have, however, reported that the royals, big hunting fans, use this period to do some hunting in the area.

Every year, the estate, like other nature reserves in the Netherlands, gets a state subsidy of € 4.7 million for the upkeep and management of the area. One of the conditions of the subsidy, however, is that the estate be open to the public for 358 days of the year - something the Royals have not adhered to for many years.

Only if King Willem-Alexander waives the subsidy can he decide when the estate is open to the public and when not. If he decides to continue taking the subsidy, it will have to open for 358 days a year. In any case, he has until 1 January 2022 to make that decision.