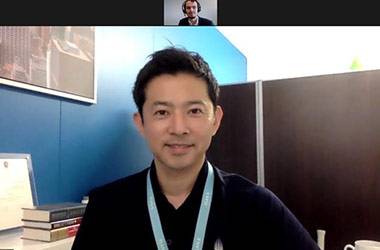 Leading the team was Lena Vandenbosch, Wittenborg's International Partnership Manager. She said due to the ongoing travel restrictions to certain countries, students in Asia, as in other regions of the world, are looking for alternative study abroad destinations. 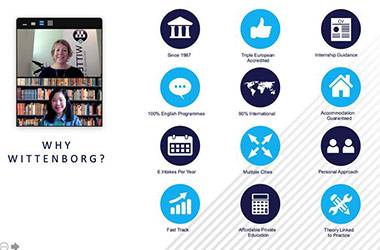 "We heard from many agents in different countries that the Netherlands is growing in popularity. Agents were also positively surprised to hear about the rate of vaccinations being given in the Netherlands and that students will be able to get vaccinated upon arrival. Many agents said they were eager to start promoting Wittenborg to their students as soon as possible."

Netherlands through Eyes of a Japanese Student

Admission officer Mykhailo Huba made some interesting observations about Japanese students, noting that many are not aware that it is possible to study in English in countries like the Netherlands. "Japanese students view EU countries as highly branded destinations; however, they still prefer Anglophonic countries, like Canada, USA, Australia, UK, since they are not largely aware of countries in the EU where one can survive with English only. They are also often unaware that it is possible to study English in countries like the Netherlands. 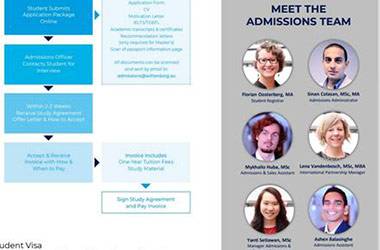 According to Huba, a lot of Indian students have recently started to consider countries like the Netherlands to be among their top choices of study destination, as more traditional destinations in the UK have become more expensive after Brexit and the country is not a part of the Schengen area.

Sophia Faraji, Wittenborg's Support Office Coordinator, said meetings for ICEF Asia went well. "I could e-meet agents from different countries like Malaysia, Thailand, Hong Kong, India, Nepal and Bangladesh. An agent in Malaysia indicated that they have seen a sudden interest in studying in Europe, especially the Netherlands, from their clients."