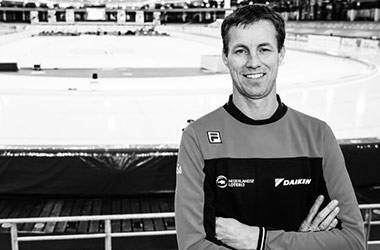 Want to rise to the top of the sport industry – not as an athlete, but as a business manager? Students at Wittenborg University of Applied Sciences recently got a lesson on how to get there by someone who knows what he is talking about: Remy de Wit, High-Performance Director of the Dutch National Ice Skating Federation (KNSB). And that means something - the Netherlands is one of the most dominating countries in the world when it comes to speed skating. At the 2018 Winter Olympics in South Korea, it won 20 medals and is looking to top that number in 2022 in Beijing. 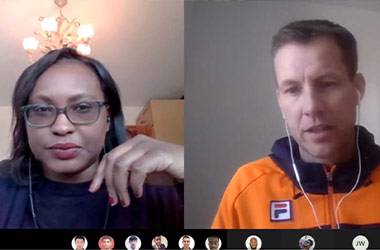 De Wit was appointed General Secretary/High-Performance Director of the KNSB in July 2018. Before that he held various high-profile positions in, among other things, the Dutch basketball sector. He has a master's degree in management and communication as well as a master's in coaching from the Johan Cruyff Institute. Earlier this month he gave a virtual guest lecture of almost three hours at Wittenborg, which included answering questions from students. It was facilitated by hospitality management lecturer, Emmah Muchoki.

De Wit, who has given lectures at Wittenborg before and helped to develop some of its sports business management modules, talked about the mechanisms behind the global infrastructure for elite athletes – in other words, Olympians who win medals and strive to be the best. "By talking to students like you I want to create enthusiasm for working in the sports industry. I want to share my knowledge on practical levels," De Wit told Wittenborg students. 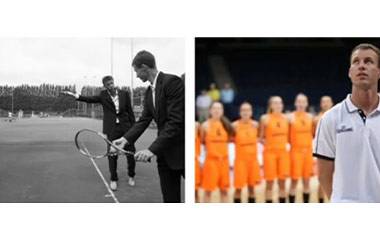 "My personal goal is that I want to show everyone you can become a leader in the sports business. At Olympic level, the Netherlands is a leader in (speed) skating. What you see a lot of in the world of sport is, when athletes retire, they get in the type of positions that I am currently in. I truly believe if you have the motivation, energy, drive and keep in shape you don’t have to be a world athlete to get to a high position in the sports industry."

He also contoured his own journey towards the top, starting as a promising young tennis player, but then taking a different route. "In the Netherlands, as a youth, I was in the top 10 players, but did not have money to put me on the international pathway of touring. In my early career, after teaching, I became a national team coach in basketball and developed a youth academy in Amsterdam. I have been a national team coach for the seniors and youth players and next to that guided more than 150 students around the world, including helping coaches in China."

De Wit said one of the first things students must do is equip themselves with knowledge. "You have to keep up with the news – general news, but also sport in general. Maybe you are into football and already keeping abreast of developments in football, but you also have to be interested in other types of sport because the issues sometimes overlap. Also make sure you connect with as many people as possible. For instance, people I connected with on LinkedIn 10 years ago have proven very valuable to me now even though I had no idea back then I would be in this position."

According to De Wit, the Netherlands wants to win at least 17 medals in the next Winter Olympics in 2022 in Beijing. "I think if we get 17 medals it will be fine. How do we get to that point? One of the main goals of being a high-performance director is that you should not be visible but perceptible because it is all about the athletes. As coach, manager or high performance director you are not at the front. For some personalities that is tough to deal with, and if that is your case, then this industry is not for you." 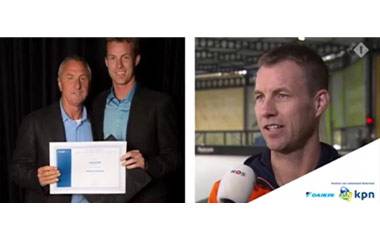 He also talked about being media savvy. "If skaters, for example, are involved in a doping scandal, you have to know how to deal with the media. If you work in elite sport, you have to know enough to decide which coaches to assign. As far as players are concerned there is no concession. You have to be on time, do your planning and eat correctly. Everyone has to follow rules. The past 3 years we had to let at least 4 people go. That is the hard part about this job."

One student asked about sport analysis and which software the KNSB uses. De Wit said they use a variety of software analysing players' body weight, blood type and a lot of video analysing. "The cost I think on a yearly basis for short track alone is up to €250,000 – more for some other disciplines. We don't outsource because I want everyone involved with the performance of athletes within short range. I believe in working on good relationships and having people close.

"We do a lot of scientific analysis. I'm always analysing – every Monday I make sure to spend a couple of hours on that. We also do a lot of work around policy and talent development. With the Winter Olympics in Italy in 2026, we already started 8 years before the time with developing our talents towards that, making sure the infrastructure is there, hiring hotels, booking all ice rinks so we can train there. Innovation is very important in our preparation so we work with scientists at Dutch universities who are busy every day coming up with new inventions on, for example, our gear."

According to De Wit, identifying talents years before an event is also important. "China, as big a country as it is, is not really successful in winter sport because they start to develop their players two years before the event. Many Dutch coaches were recruited by China to help with their performance. All of them came back because they found it hard to work within that country's structures."