The Physics of the Quest A Truth-Seeking Journey

The Physics of the Quest: A Truth-Seeking Journey 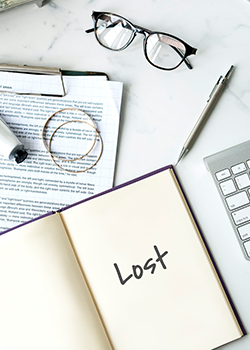 The Physics of the Quest

Have you ever felt a time when you found yourself lost, confused, and searching for what you really wanted in life? And have you ever felt that you just want to stop everything and rewind or fast-forward your life to something more desirable than what you have now? It is an undeniable fact that we often have something that resonates inside us - something we wish we could make go away or that we want to pursue. Work, study, relationships, sports, hobby or some other facet of life. But more often than not, we are unwilling to let go or loosen our grip on our present life and follow that wish inside us. We are reluctant to venture into the unknown, as we do not wish to risk everything we have or we are too fearful to step outside our present comfort zone.

In a memoir called "Eat, Pray, Love" (most of us remember the movie which starred Julia Roberts), the author, Elizabeth Gilbert, talked about the "physics of the quest", which goes something like this: "If you are brave enough to leave behind everything familiar and comforting (which can be anything from your house to your bitter old resentments) and set out on a truth-seeking journey (either externally or internally), and if you are truly willing to regard everything that happens to you on that journey as a clue, and if you accept everyone you meet along the way as a teacher, and if you are prepared - most of all - to face (and forgive) some very difficult realities about yourself … then the truth will not be withheld from you." 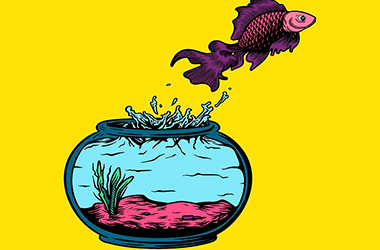 Stepping out of our Comfort Zone

This Quest Physics concept could be the key to moving beyond whatever challenging or stalemate situations we are facing in our lives. What Gilbert wants to convey, basically, is that we need to loosen our grip on shaky situations and open ourselves to unknown possibilities, as these could reveal our true selves or provide answers to what we are seeking. She proposes that we release ourselves from things familiar and comfortable and instead stimulate our desire on a quest or truth-seeking journey. This is not in any way suggesting that we run away from our present problems, but rather move towards what we truly want to seek. Not only that, along the journey, we need to be aware of the things that are happening and consider them as clues towards the truth. Everything that happens and everyone that we meet is not mere coincidence. They touch our lives for a reason and are signs that bring something unique to teach us lessons or for us to teach others lessons. And even if those lessons are bad (in your opinion), we need to acknowledge them, forgive and move on. More often than not, we fail in our quest because we dwell too much on our disappointments or hurt and fail to use them to change or make ourselves better persons. 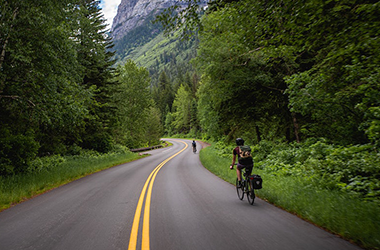 For example, right now, maybe you feel lost or unsure about what career you want to embark on after you graduate. No doubt, many people take the first job that comes along, while some deliberate for a little longer. Yet others may instead embark on a truth-seeking journey to try to find what exactly they want to do in life. Take for example Sean Aiken, who felt exactly the same way after graduating with a business degree. Unsure of what career to pursue, he started what he called "The One Week Job Project" and tried out a new job each week. His main idea was to search for a career that he is passionate about. Aiken tried out a variety of job roles including preschool teacher, bungee instructor, firefighter, cowboy, stock trader and baker across Canada and the United States. In lieu of salary, he asked his "employers" to donate to a charitable organisation called "Make Poverty History". From February 2007 to March 2008, Aiken worked 52 one-week jobs, raised $20,401.60 and found his ultimate calling.

Ponder also the true story of three young ladies in the book "The Lost Girls". Jen, Holly, and Amanda are at the crossroads of their lives. They are on the verge of big promotions, house ownership and marriages, but they share a similar fear: Is this what they want, or what they think they should want? Unable to find their perspectives in life, they quitted their high flying New York media jobs, left their friends and boyfriends and set about on a globe-trotting journey to re-evaluate their lives and search for inspiration and purpose. It was a transformative journey for the women, gaining valuable lessons travelling the world, facing hardships, meeting random people and experiencing life in developing countries. They came home fully refreshed and finally understood what they wanted to pursue in their lives. 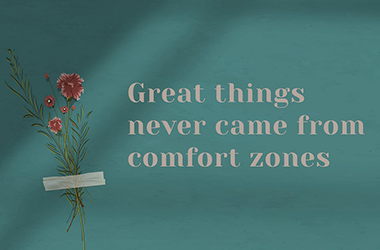 This is by no way suggesting that you must leave your family and country or drop your responsibilities to go on a journey to find yourself. What the Physics of the Quest really advises is that you find the courage to try new things if you do not find happiness or satisfaction with your present situation. It does not mean you have to travel far outside. Not everybody has the money or time to do so. You can always travel within: a different town or city, a different job, a different school, a different culture. There is no limit to what you can do. There is bound to be a lesson in every place you go and with every person you meet. The idea is that the more you experience life, the more wisdom you gain and the more meaningful your life becomes. Remember the saying, "Great things never came from comfort zones".