Wittenborg Graduate Represents Sudan at the Africa Cup of Nations

Wittenborg Graduate Represents Sudan at the Africa Cup of Nations 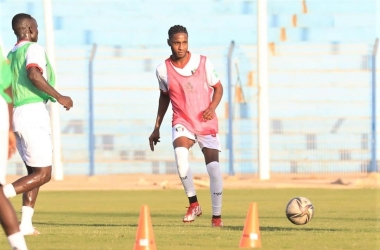 The new year has started on a high note for Amro Abbas, who is about to obtain an HBA degree in Sport Business Management from Wittenborg. Before attending his graduation ceremony in February, Abbas will be playing for the Sudanese national football team at the Africa Cup of Nations, which will take place in Cameroon between 9 January and 6 February. The Sudanese team will be based in Yaoundé, and its first match will be against Guinea-Bissau, on 11 January. The group also includes the teams of Egypt and Nigeria, which have participated in former editions of the FIFA World Cup.

Last year, Abbas, who is currently 23 years old and plays as defender (right-back), had represented Sudan for the first time at the Qatar 2022 World Cup Qualifiers. He mentions that receiving the call to join the Sudanese national team again was an unexpected event to him, adding that he is excited and motivated to participate in the Africa Cup of Nations, the continent’s biggest football tournament. “Although the team did not do well at the World Cup Qualifiers, we have a completely new squad, and most of the current players are really young, between 20 and 26 years old. Besides, our country is going through a rough time right now, so we hope to make the Sudanese people feel happy and proud by performing well in the tournament,” Abbas says.

Having been born in Sudan, he spent most of his life in the United Arab Emirates, where he started playing football at seven years old, for Al-Ain FC. Abbas also played in the under-17 Sudanese football league and, after moving to Apeldoorn in 2017 to pursue his studies at Wittenborg, he joined DVS’33 Ermelo. In the Netherlands, Abbas was spotted by a Sudanese scout who invited him to represent the country at the World Cup Qualifiers. 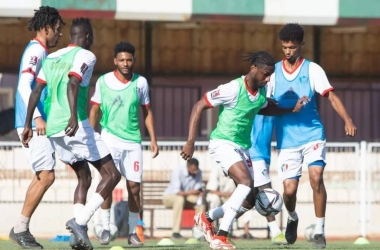 In his view, playing football is a way to connect with other people and express oneself on the field. “What I love the most about football is that it is a team sport. Things are difficult when you move to a new country alone and you have your studies and four or five training sessions a week, but when you play football, you forget about all the stress and problems.”

Abbas is planning to pursue a professional career as a football player, and he has received offers from Belgian, Emirati and Sudanese teams. He points out that completing his degree at Wittenborg was important to him because, after he stops playing, he would still like to go on working in the field of sport.

Asked about the teams which he supports, Abbas says that he is a fan of Barcelona and Liverpool, pointing out that he will be really excited to play against Mohamed Salah, when Sudan faces Egypt on 19 January. He mentions that some of his idols are Ronaldinho, Zinédine Zidane, Lionel Messi and Dani Alves.