Should 50% Credit Requirement also be Scrapped for International Students?

Should 50% Credit Requirement also be Scrapped for International Students? 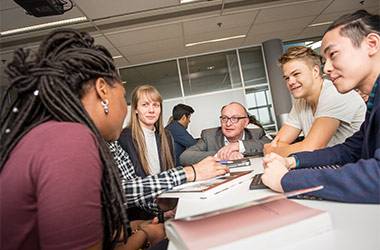 A few days ago, the majority of parties in the Dutch House of Representatives voted in favour of a motion asking the government to scrap the condition that students obtain a minimum number of European Credits (ECs) during their first year or risk being kicked out of their programme. This has prompted Wittenborg's chair of the executive board, Peter Birdsall, to ask whether international students will also be exempted from this condition should it be passed.

Currently, non-EU students' progress is monitored every year and they have to obtain at least 50% of the required credits for each academic year. If their progress is not sufficient, the institution must report this to the IND – the Dutch Immigration and Naturalisation Service – which might lead to students losing their residence permit. Birdsall said he will write to the National Commission for the Code of Conduct for International Students in Dutch Higher Education to look into the matter should it come to that.

Full-time Dutch first years must obtain at least 45 ECs and part-timers 30 ECs. If they fail to do so, they might get a so-called negative binding recommendation (BSA), which means they will be banned for 4 years from continuing their studies at their particular institution.

However, last week the House voted in favour of a motion from the GroenLinks political party asking that the condition be binned. It asked that the Minister of Education, Culture and Science, Ingrid van Engelshoven, consult with education institutions about the matter. Due to corona, the condition has already been scrapped for this year and those whose studies have been delayed due to the pandemic can have a do-over in their second year.

According to GroenLinks MP, Lisa Westerveld, the condition undermines students' right to decide whether they want to continue with a specific programme or change direction. She thinks students who want to do volunteer work or other extra-curricular activities could be discouraged to do so out of fear that they might not obtain the minimum credits.

Van Engelshoven herself has said in the past that the binding study recommendation might be ineffective as in practice many students who get a negative BSA simply switch institutions.