Hospitality Sector Positive about Hiring Staff in Near Future 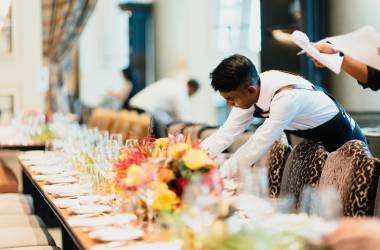 Less than Half Satisfied with Support from Governments to Hospitality Organisations

More than 75% of hospitality organisations believe they will start hiring staff again over the next 12 months, a quick survey by Hosco, the world's leading hospitality network, has revealed. This is good news for hospitality students at Wittenborg University of Applied Sciences for whom an internship in the sector is part of the curriculum, often leading to a job after their studies.

In the Netherlands, restaurants, bars, hotels and airlines have been some of the hardest hit businesses during the COVID-19 crisis. The survey by Hosco, done in the third week of April, confirms the consequences for job seekers. A graph shows that 90% of respondents said that their hiring plans were affected to a "great or extreme extent".

Hospitality studies, both bachelor's and master's, are some of the most popular programmes among prospective students at Wittenborg. In the last few weeks international alumni have, however, struggled to find or keep their jobs due to COVID-19, which was declared a pandemic on 12 March by the World Health Organisation (WHO) and have started a petition for the Dutch government to extend the 12-month orientation year (zoekjaar) afforded to graduates. This action has been supported by Wittenborg who also appealed to both the Ministry of Justice and the Ministry of Higher Education.

These are some of the main findings of the Hosco survey:

Vikram Athavale
Internship/Work Placement Waiver: Will my prior work experience be counted as an internship?
Yasir Khan
Website: Whom I can contact to update my Background and Expertise information on Wittenborg Website?
Vikram Athavale
Contact: Whom do I need to contact before I start my studies at Wittenborg University?
Myra Qiu
Study Agreement Update from 2020-2021