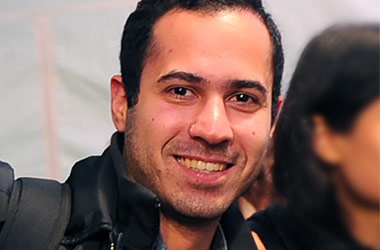 It is hard to believe that the football World Cup ended three weeks ago, but after a thrilling final, Argentina were crowned world champions by beating France on penalties. Around the same time, however, another competition also took place. A total of 42 members of the Wittenborg family formed an exciting football pool in which they would decide among themselves who could best predict the World Cup. After an intense tournament where everything was possible until the very last day, it was Wittenborg student Nima Moghimzadeh who beat the rest. He secured his top spot by predicting the correct score of the final after 90 minutes and with an impressive 603 points, we can proudly announce him as the winner of the Wittenborg World Cup football pool. Number two, writer, artist and respected Wittenborg family member Ben Birdsall (nicknamed "The Whisky Burn Kid" after his travelogues about the Scottish and Irish distilleries – published by our very own Wittenborg Press) remained at the top of the rankings throughout the tournament. He finished with 43 points more than number three, Wittenborg's neighbour Ingmar, with his team NGMR.

The top three competitors of the football pool were festively announced during the Christmas barbecue by Wittenborg president Peter Birdsall, who saw that his wishful prediction of a World Cup final between the Netherlands and England was too good to be true. The winners received a Bol.com voucher and a certificate to commemorate this fantastic competition and to celebrate a moment of shared bonding within the Wittenborg students, faculty and staff.