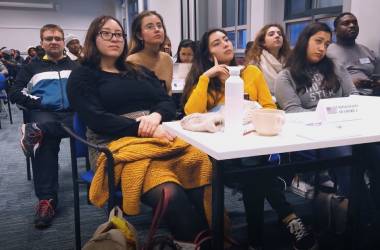 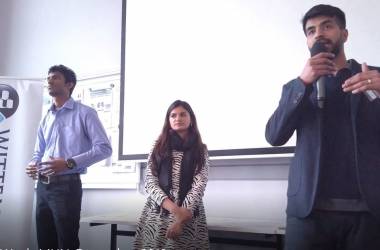 The results mirror those of a survey done among 170 international students at Wittenborg University of Applied Sciences last month during a Model United Nations assembly which focused on ethics in business, politics and governance. When asked what they thought were the biggest challenges for their generation, students listed "climate change" as the top challenge - followed by the ability to maintain global peace, international financial crime, racism, drugs and corporate power. 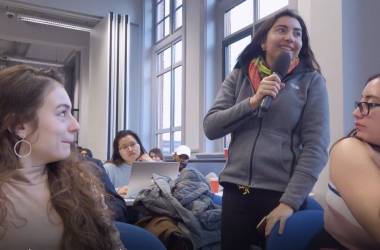 Last year, young people across the world mobilised in huge numbers for the climate - including the Netherlands - with 17-year old Swede Greta Thunberg as the face of the surge.

Respondents in the Amnesty International survey were asked to pick up to five issues from a list of 23 major issues facing the world. In total, 41% of respondents said climate change was one of the most important issues facing the world, making it the most commonly cited globally, followed by 36% who chose pollution and 31% who selected terrorism. 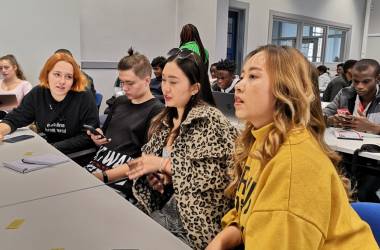 Global warming was also most commonly cited as one of the most important environmental issues facing the world (57%), out of 10 environmental issues such as ocean pollution, air pollution and deforestation. "We need to recognise that the climate crisis will arguably be the defining issue for younger generations. The right to a healthy environment, including a safe climate, is essential for the enjoyment of so many other rights. It is a right that young people today have been forced to take the lead in asserting,” said Kumi Naidoo, Secretary General of Amnesty International.

At a national level, corruption was most commonly cited as one of the most important issues (36%), followed by economic instability (26%), pollution (26%), income inequality (25%), climate change (22%) and violence against women (21%).

“This generation lives in a world of widening inequality, economic instability and austerity where vast numbers of people have been left behind,” said Naidoo. “Faced with all this, the message from young people is clear. We are living inside a failed system. The climate crisis, pollution, corruption and poor living standards are all windows on an alarming truth about how the powerful have exploited their power for selfish and often short-term gain.

“Amnesty International believes that young people want to see systemic transformations. They want a reckoning with the climate emergency, with the abuse of power. They want to see a completely different future blossoming instead of the wreckage that we are heading towards,” said Naidoo.